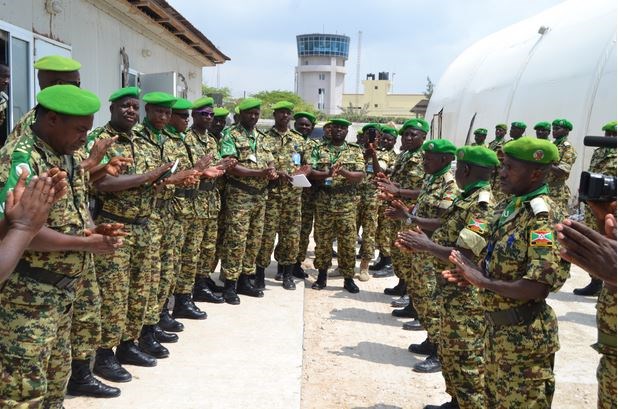 The AU has awarded medals to a contingent of troops from the Burundi National Defense Force (BNDF), in recognition of their contribution in furthering the mandate of the mission in Somalia.

The troops from the 44th and 45th battalions of the BNDF were decorated with medals and awarded certificates, upon completion of their one year tour of duty, serving under the African Union Mission in Somalia (AMISOM).

Col. Remy Cishahayo, the Burundi contingent Chief of Staff, who represented the Contingent Commander, presided over the function held on Wednesday in Mogadishu.

At the same function, Col. Cishahayo received and welcomed a new battle group, from Burundi, that has just been deployed on the mission and urged the soldiers to maintain discipline.