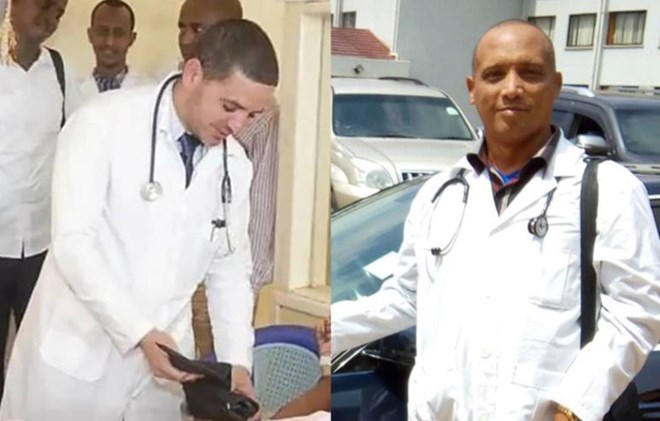 Cuba is pushing for a ransom deal to secure the release of its two citizens being held hostage by the militant group Al-Shabaab but Kenya is reluctant to accede to the proposal, HOL has learnt.

According to sources privy to the ongoing negotiations, Cuban President Miguel Díaz-Canel has tasked his deputy Inés María Chapman Waugh to engage the Kenyan government to strike a ransom payment deal.

The sources indicate that despite incessant efforts to pay off Al-Shabaab for the release of the two doctors kidnapped in Kenya’s north east last April, Nairobi has turned down the proposal.

Multiple sources note that Al-Shabaab is demanding $1.5 million to release the doctors currently under its hands in Somalia. Kenyan sent some Somali elders last year to secure the release of the two doctors but their efforts bore no results.
The elders reported however that the doctors were ‘well’.

Kenya, which receives substantial U.S military aid and training has a standing policy of not paying ransom for hostages held by extremist groups.

Cuba sent doctors to Kenya in mid-2018 following an agreement between the two countries amid strikes by doctors in the East African nation that left hospitals without medical personnel.

The two doctors, Assel Herrera Correa and Landy Rodríguez were kidnapped April 12, 2018 by Al-Shabaab militants in the border town of Mandera.