NBA legend Kareem Abdul-Jabbar, 73, reveals he battled prostate cancer – but says unlike other black Americans, he had money for ‘excellent’ treatment as he slams unfair healthcare system

NBA legend Kareem Abdul-Jabbar has revealed he battled and beat prostate cancer in scathing essay where he slammed inequality in America’s healthcare system.

The NBA‘s all-time leading scorer has previously had leukemia and heart bypass surgery. He did not specify when he was diagnosed with prostate cancer or when he beat it, but explained it wouldn’t have been possible without his fame and fortune.

‘I’ve been fortunate because my celebrity has brought me enough financial security to receive excellent medical attention,’ Abdul-Jabbar, 73, wrote for WebMD.

‘No one wants an NBA legend dying on their watch. Imagine the Yelp reviews,’ he joked.

‘But while I’m grateful for my advantages, I’m acutely aware that many others in the black community do not have the same options and that it is my responsibility to join with those fighting to change that. Because black lives are at risk. Serious risk.’

In the essay, the six-time NBA champion mentioned police brutality, but primarily focused on the dangers facing African Americans from unequal access to healthcare.

‘The more insidious and damaging threat to the health, lives, and economic well-being of black Americans is a health care system that ignores the fact that, though they are most in need of medical services, they actually receive the lowest level,’ he said. 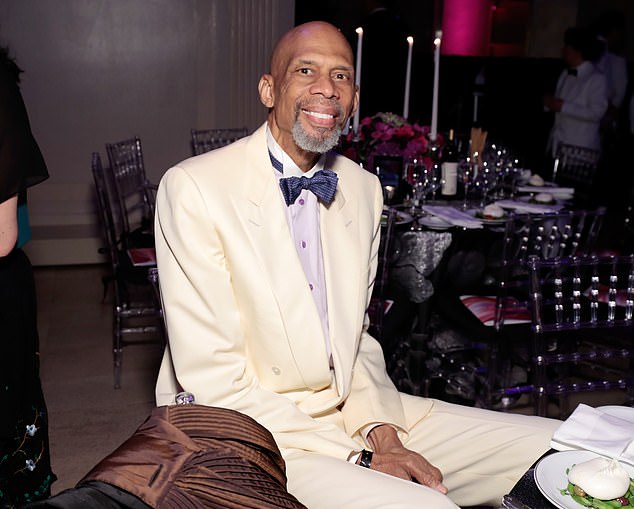 In an essay calling out healthcare inequality in the United States, Kareem Abdul-Jabbar revealed Tuesday that he previously battled prostate cancer, saying that he was luckier than many black Americans to have survived the diagnosis

According to the Center for American Progress, 10.6 percent of African Americans were uninsured in 2017, compared to just 5.9 percent of non-Hispanic white Americans. And for black Americans under the age of 65, a whopping 12.1 percent were uninsured at the time.

In 2017, asthma among black children in the US hit 12.6 percent, compared to just 7.7 percent for non-Hispanic white children. 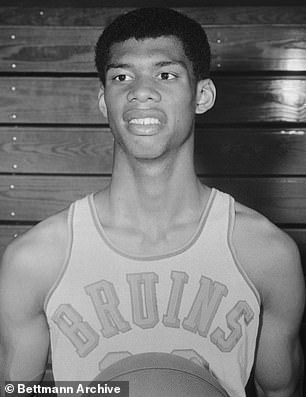 A three-time national college player of the year at UCLA, Abdul-Jabbar now serves as a health ambassador for his alma-mater

African Americans also have the highest mortality rate for all cancers combined.

And it’s not just healthcare inequality to blame, Abdul-Jabbar explained. Access to healthy food and exercise has led to higher obesity rates among African Americans.

‘Another health factor caused by poverty is obesity,’ he wrote.

In fact, 80 percent of African American women are overweight or obese compared to 64.8 percent among non-Hispanic white women, according to the Center for American Progress.

‘African Americans have the highest rate of obesity in the U.S., which contributes heavily to why blacks are more prone to high blood pressure, strokes, diabetes, and heart disease,’ he continued.

‘All of which figures into why blacks have the highest death rates of any racial and ethnic group in America. Some of this can be attributed to genetics, but the larger cause is reduced access to healthy foods because grocery store chains are less prevalent in poorer neighborhoods, so they have to pay more money for lower quality foods.’

Abdul-Jabbar suggested that increased diversity could help to stem these inequalities. 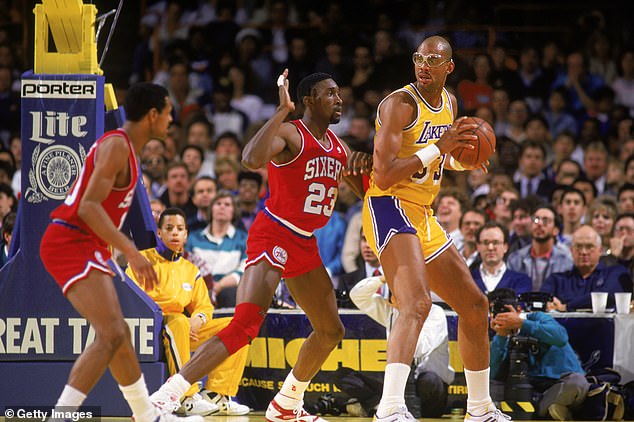 Among his many roles, Abdul-Jabbar serves as a health ambassador for his alma-mater, UCLA, because he wanted to make inroads with African-American communities to be sure they’re getting proper medical attention.

That area is more of a concern now, during a pandemic, which he says has ‘highlighted just how malignant the system is.’

One reason coronavirus is disproportionately hurting the black community is because African Americans are more likely to work in what the government has deemed to be ‘essential’ jobs. 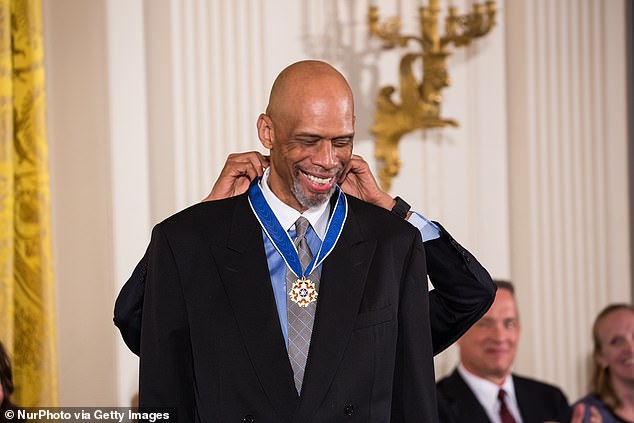 Abdul-Jabbar receives the Presidential Medal of Freedom from Barack Obama, who his hidden from view in this photograph by the Hall of Famer’s 7-foot-2 frame

‘It’s hard to feel valuable to a society that doesn’t value your health or life,’ Abdul-Jabbar wrote. ‘And yet, one of the reasons blacks are contracting and dying from COVID-19 at higher rates is because they work at what the government has defined as essential jobs more than any other ethnic group: 37.7% vlack versus 26.9% white.

‘In health care and social assistance industries, the rate is even higher. So, they’re both essential, yet disposable, like protective gloves.’

To Abdul-Jabbar, a longtime civil rights activist, the topic is nothing new. Healthcare inequality is inextricably linked to other forms of racism in the US dating back centuries.

And the more he encounters, Abdul-Jabbar wrote, the more it feels like an endless cycle.

‘It’s as if the black community is trapped in Groundhog Day in which every day we fight racism, prove it exists, see gains, and then wake up the next day to all the same obstacles,’ he concluded. ‘In the movie, Bill Murray escaped the cycle by becoming selfless, caring more about others’ needs than his greedy desires. That’s how America will escape this self-destructive behavior.

‘The future of equity for black Americans starts with physical and mental health, and as long as they are at the end of the line for services, true equity can’t happen. Black lives have to matter in every aspect of American society if they are to thrive.’ 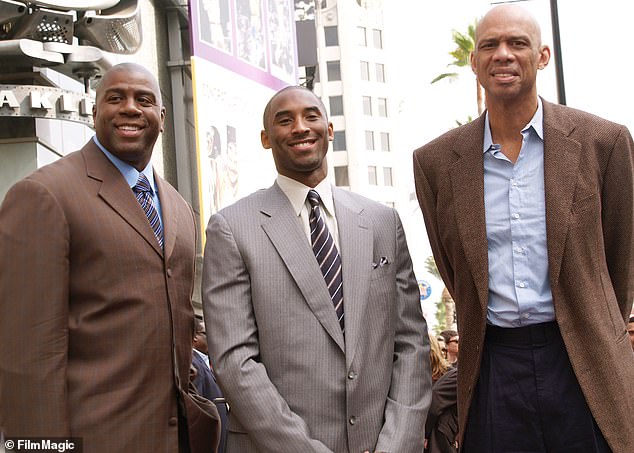